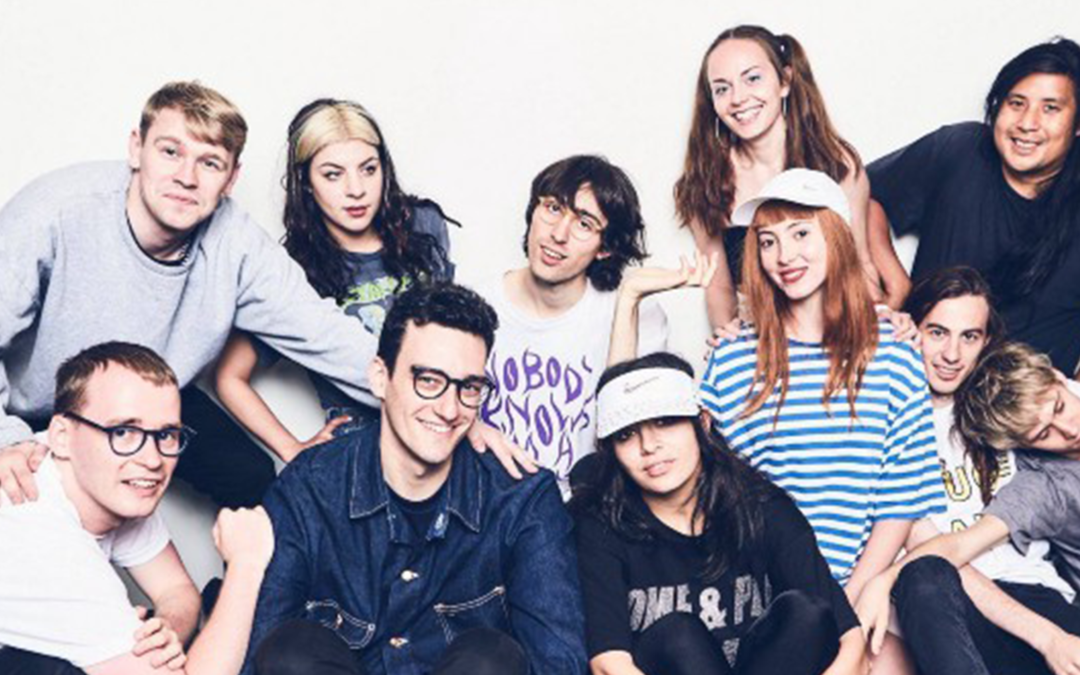 Abrasive, metallic, industrial, textured, aggressive, exaggerated, rowdy, experimental: all words that have been used to described one of the fastest growing new genres. Though the originators of hyperpop have been consciously (or subconsciously) pushing the elements of pop music for years, only recently has the term become a part of the mainstream vocabulary. More than just a genre, hyperpop describes a community of creators and consumers who have a maximalist approach to music. The irreverent nature of this subculture has become a polarizing pop culture talking point. With many Gen Z-ers unapologetically embracing the absurdity of the genre, other more traditional listeners find it grating and overdone.

This has led to the memeification (is that a word?) of hyperpop: its artists being easy targets with their flamboyant content — lyrics, music and visuals included. But most artists seem to be in on the joke: reinventing cringe-y trends from the 2010s for nostalgic indulgence. Some examples including Rebecca Black’s remix of her well-known 2011 single, “Friday,” and 3OH!3’s collaborations with hyperpop pioneers: 100 gecs. However, for many newer artists on the scene, hyperpop doesn’t exist as a parody or gimmick but as their musical identity. Though it’s still in its infancy, this genre is already witnessing an evolution as newcomers to the scene explore what’s next for what’s been called “the future of pop.”

Though hyperpop is quickly becoming a universally known term, it really only reflects a relatively small number of creators. One of the largest (and only) collectives in this genre is PC Music, who have laid much of the groundwork for the development of this new sound. Founded in 2013 by A.G. Cook in London, the collective includes various artists who frequently collaborate with each other. This is where the style of breaking down and restructuring 90s and 2000s musical trends and tropes really began. Heavily influenced by cyberculture, the music is self-aware and the musicians are enigmatic characters often going by pseudonyms. Lyrical themes from PC artists can range from vapid consumeristic fantasies to harsh social commentaries. Around the mid 2010s, the validation of Pitchfork’s endorsement and high-profile features and collaborations transitioned PC Music from a niche underground community to a trend worth watching.

The Spotify platform also has a responsibility in the formation and popularization of hyperpop. The term itself was first used by a team of Spotify editors, led by Lizzy Szabo in 2019 in an attempt to define the growing traction of this style of music. Because the genre is still in its infancy, there are few voices of authority on who’s “in.” Szabo and her team have transcended the title of tastemakers and have become kingmakers. You make the playlist, you become a major player in this relatively small community. They’ve made a habit to feature “takeovers” from popular artists, the first one being 100 Gecs. This marked a shift in the credibility of the playlist — it had been officially endorsed by one of the originators of the community. Szabo claims that the playlist has one of the highest save-rates (the number of songs people save to their own libraries) on the entire platform.

But Spotify isn’t the only media company driving the narrative of hyperpop, TikTok’s viral sounds have featured many tracks as well. The dramatic and exaggerated qualities of the sound making it a favorite for trends. 100 gec’s “money machine,” ElyOtto’s “SugarCrash!” are both viral sounds on the platform and the carryover to Spotify has amassed both songs tens of millions of streams. By getting this style in front of millions of new ears, TikTok has played a major role in propelling hyperpop into the lexicon of internet culture.

When tuning in to the Spotify’s playlist, one may be surprised by the lack of homogeneity in sounds. The genre is more community-based than genre-based and artists with backgrounds in many various genres create hyperpop. There are many different pre-existing genres that have been embraced: emo rap artists like Yung Lean and Bladee, house and electronic artists like 100 gecs, ethereal vocalists like Caroline Polachek, and straight-up party-pop artists like Charli XCX and Slayyyter. The different sounds and perspectives of hyperpop reflect this new generation’s thoughts, values, and coping mechanisms.

It’s youthful and playful but also sarcastic and ironic. Self-deprecation, naive fantasies, and daring rebellion all being defining characteristics of the music and the generation that has embraced it. This reflection can be further observed in the marriage of the LGBTQIA+ community and hyperpop, with a large share of creators and consumers alike belonging to both camps. The generation that is promoting and consuming the genre are progressive and fluid when it comes to identity of person and sound. Laura Les of 100 gecs spoke to the New York Times about the labeling and commercialization of hyperpop:

“As far as being a genre, I think it’s still in its infancy and we’re still writing the rules for what it can sound like… once you can lock down specific elements of what makes something ‘it’ then it’s time to move on and do something else.” — Laura Les

As one of the fastest moving new genres from the youngest generation of music consumers, hyperpop will be one to watch. More and more tracks are breaking through to top 100 lists and Spotify’s hand in its development makes the birth of this genre entirely unique. The community embracing hyperpop have had the expectations of their youth changed and subject to the whims of a cyber-drenched and pandemic-burdened world. In a simplified way, hyperpop reflects the feelings of growing up in an uncertain environment: the range of mundane to profound, innocuous to contentious. The story of this genre is still being written, but for now, it’s a subculture that exists outside of the mainstream but interacts with it — each having a measurable cause and effect on each other.

Editor’s Note: This story was written by

No comments to show.